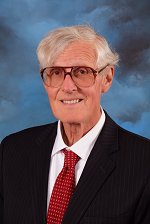 Asset prices fell in June driven by Central Bank actions that resulted in a decline in the quantity of dollars, net, on the Central Banks’ balance sheets. These moves by Central Banks offset the effects of a strong U.S. economy (that has yielded strong earnings), despite a rise in the 10 year Treasury bond yield from the levels that prevailed during the last half of 2017. The S&P500 index of U.S. equity market prices declined 1.4 percent during June ending the month roughly 0.4 percent above the level of yearend 2017. The equity market in June maintained the trend of steady growth in asset prices at relatively low volume and volatility that has characterized equity markets over the past several years, save the February – April period when assets were repricing to reflect the changes to relative after-tax earnings due to U.S. Federal tax legislation. The VIX increased to slightly above its low levels of early 2017 in June but still nearly 70 percent above the levels of Autumn 2017 and roughly seventy percent of the levels prevailing from February-April 2018. The yield on 10 year U.S. government bonds breached the 3.0 percent rate during May but retraced some of its rise in June falling back to the 2.8 to 2.9 percent rate. The 10 year yield ended May roughly 10 basis points higher than end April and currently stands at 2.97 percent. The higher level of the 10 year rate, relative to that of autumn 2017, is consistent with a pickup in productivity growth based on stronger investment spending last year, as well as expectations of continued strong investment due to the incentives for investment spending in the recently passed tax bull. The recent decline reflects concerns that a change in trade policies will offset the effects of deregulation and tax policies that have spurred investment and spending growth. I doubt that bond traders are pricing in a significant increase in inflation as only at best a modest increase is apparent in the data. Net sales of Treasury and Mortgage backed Securities by the Federal Reserve and some other Central Banks is also contributing to the rise in the yield on 10 year bonds. The Federal Reserve decided to raise the target range of the Federal Funds rate to a target range of 1.75 to 2.00 percent at its June 13 meeting. (The latest release on core and headline inflation based on the PCE price index registered 2.3% (headline) in May relative to May of 2017 and 2.0% on core (excluding food and energy). The Fed’s target is 2.0 percent inflation on the headline PCE price deflator. (The Fed in its May Press Release emphasized that the 2 percent objective is a symmetric one allowing for some overshoot as well as undershoot of inflation.) The dollar appreciated 0.8 percent against the major currencies -- a level 3.1 percent stronger than its January 2018 reading, but 6.4 percent weaker than in January 2017. I attribute the stronger dollar since January 2018 to a combination of the Federal Reserve’s normalization of its balance sheet (- $150 billion) and a decline in the dollar reserves held by the main international reserve holders (-$12.5 billion during the past May) and the continuation of stronger U.S. growth as well as risks of weaker than expected growth abroad.

Don't hesitate to get in touch with us.
We would love the opportunity to become your trusted advisor.

Get to know us

The LPL Financial Registered Representatives associated with this site may only discuss and/or transact securities business with residents of the following states: AZ and CA